The trip to Zakythos began very early on account of the distance from Vasiliki. A gorgeous calm morning on the water, we set out around 7am and had the pleasure of watching the sun awaken and light the morning sky. 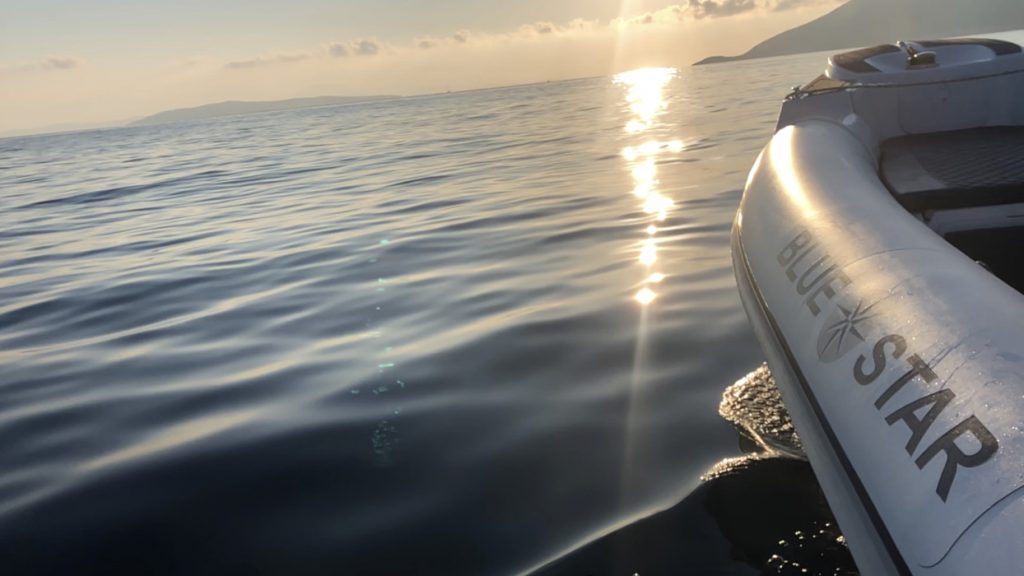 We sailed  between Kefalonia and Ithaca, with the sun rising over Kefalonia and the dusty remains of the moon still seen over Ithaca, the journey took about one hour and a half. We went directly to Smugglers Cove to see the infamous shipwreck of the MV Panagiotis which came aground in 1980. The rusty remains is surrounded by many rumours of what it was smuggling from wine to cigarettes and even humans. Whatever the truth, a must see site, which is only accessible by sea.

We were lucky as we got there early when the beach was pretty deserted which allowed us time to enjoy the beach and the shipwreck but from about 9.30 onwards several dozen boatloads of people started arriving and it became overcrowded very quickly. Definitely worth getting up early for. 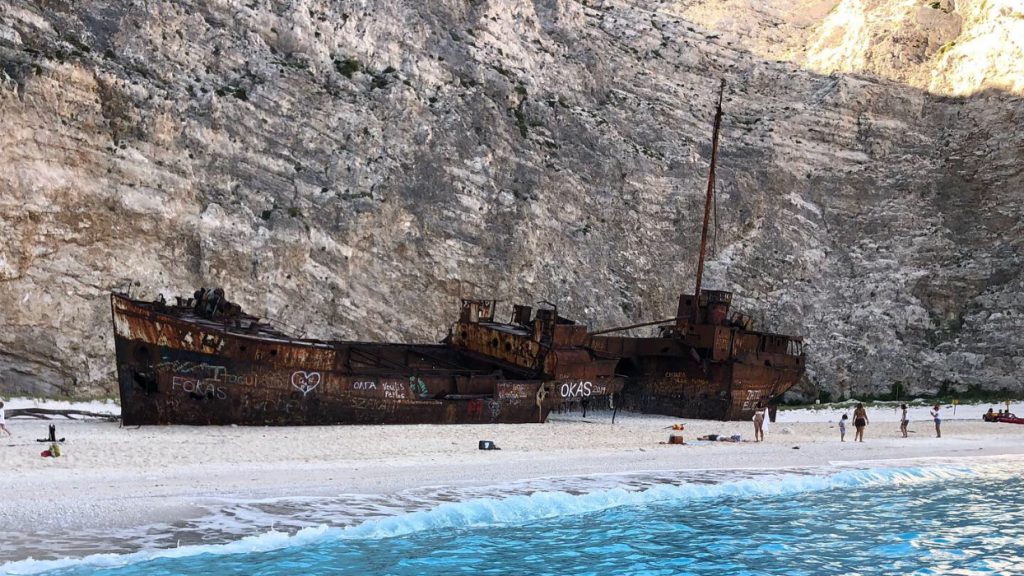 From there we went south in search of a good spot for snorkelling and to explore the Blue Caves. What surprised me the most was unlike other Ionian Islands, the water was oh so blue, a mix of azure and turquoise blues which I found overwhelmingly beautiful. My skipper told me it was on account of the colour of the white land rock which is what makes up the sea bed.

The Blue Caves were as the name suggests breathtakingly blue, we sailed into the cave, took in the power of mother nature as well as a load of photos. It was pretty special.  The coastline is dotted with caves and light chambers as well as isolated beaches, one of which we pulled into and had a swim to cool off as the sun rose higher.

We moved further south and picked a spot for snorkelling near some caves which we went exploring. We followed schools of bream around the mouth of the cave and spotted a moray eel as he skulked around the rocks on the ocean bed. Snorkelling in the crystal blue waters was a real treat, we found it hard to get out and move on. 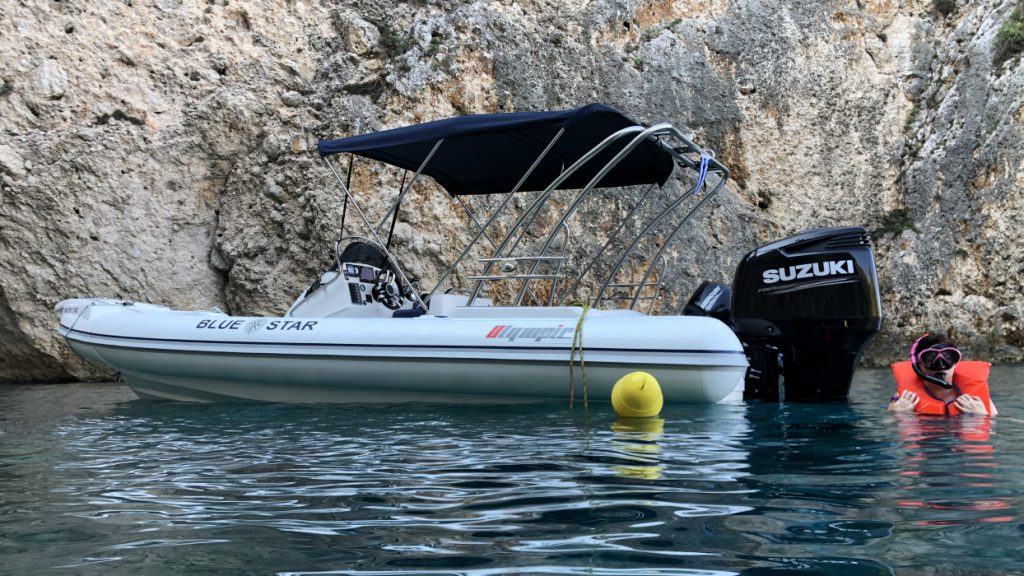 The landscape of Zakynthos was beautiful from sea and I couldn’t recommend a visit to this island more. We stopped for dinner in Friscado, a gorgeous port in Kefalonia full of fabulous places to eat and shop. We sat by the marina and admired the grandeur and opulence of some of the docked yachts.  Probably my favourite of all the ports, this well manicured village was a buzz with people, our food was delicious, some great gifts were purchased and a couple of glasses of wine were enjoyed.

On account of our tight schedule we had to get back to Lefkada and couldn’t do the overnight trip which Blue Star offers, something I would highly recommend as we were on the move for 12 hours and exhausted when we landed.  I would have enjoyed moving at a slower place and taking in the sites more.

And as if our day wasn’t special enough, we caught the sunset out at sea, a majestic vision of reds and golds slowly diving into the water as the sun bid us good night, it was a touching end to a beautiful day taking in the sunset with a glass of champagne some music and loved ones. It was an experience we will never forget and one I couldn’t recommend enough. Our skipper  Paul was full of local knowledge, had a great sense of humour was very relaxed and by the end of the day a lifetime friendship was formed. We have never experienced a trip like this before.

Showing you the best that Kefalonia and the Ionian islands have to offer.